For Estonia, Latvia, and Lithuania, 2018 marks a century since their first declaration of independence. To celebrate their centennials and explore the cultural ties between the three Baltic states, the Estonian Institute has dedicated this issue of Estonian Art to Baltic cultural collaborations. It looks at not just present collaborations in the fields of art, design, and architecture, but also on landmark historical cultural collaborations.

In art, Inga Lāce writes about Latvian/Estonian artist Diana Tamane in Diana Tamane: Jet Lag. In The Value of Wilderness, Auguste Petre reviews the exhibition "Wild Souls. Symbolism in the Baltic States" at the Orsay Museum in Paris. Mai Levin traces the Baltic roots of the Tallinn Print Triennial for its 50th anniversary in Tallinn Graphic Art Triennials Up to the 1990s. Keiu Krikmann reviews the Baltic Triennial in Haunted at the Body Party, which for the first time was organized in the three Baltic capitals: Vilnius, Tallinn, and Riga.

In design, Karolina Jakaite explores proto design in Soviet Estonia, Latvia, and Lithuania in Design by Another Name. In architecture, Triin Ojari writes about The Baltic Pavilion at the Paris World EXPO in 1937, and Johan Tali looks back on more recent history at the The Baltic Pavilion in Venice in 2016. In books, Lithuanian artist Paul Paper shares his Top Ten Books. 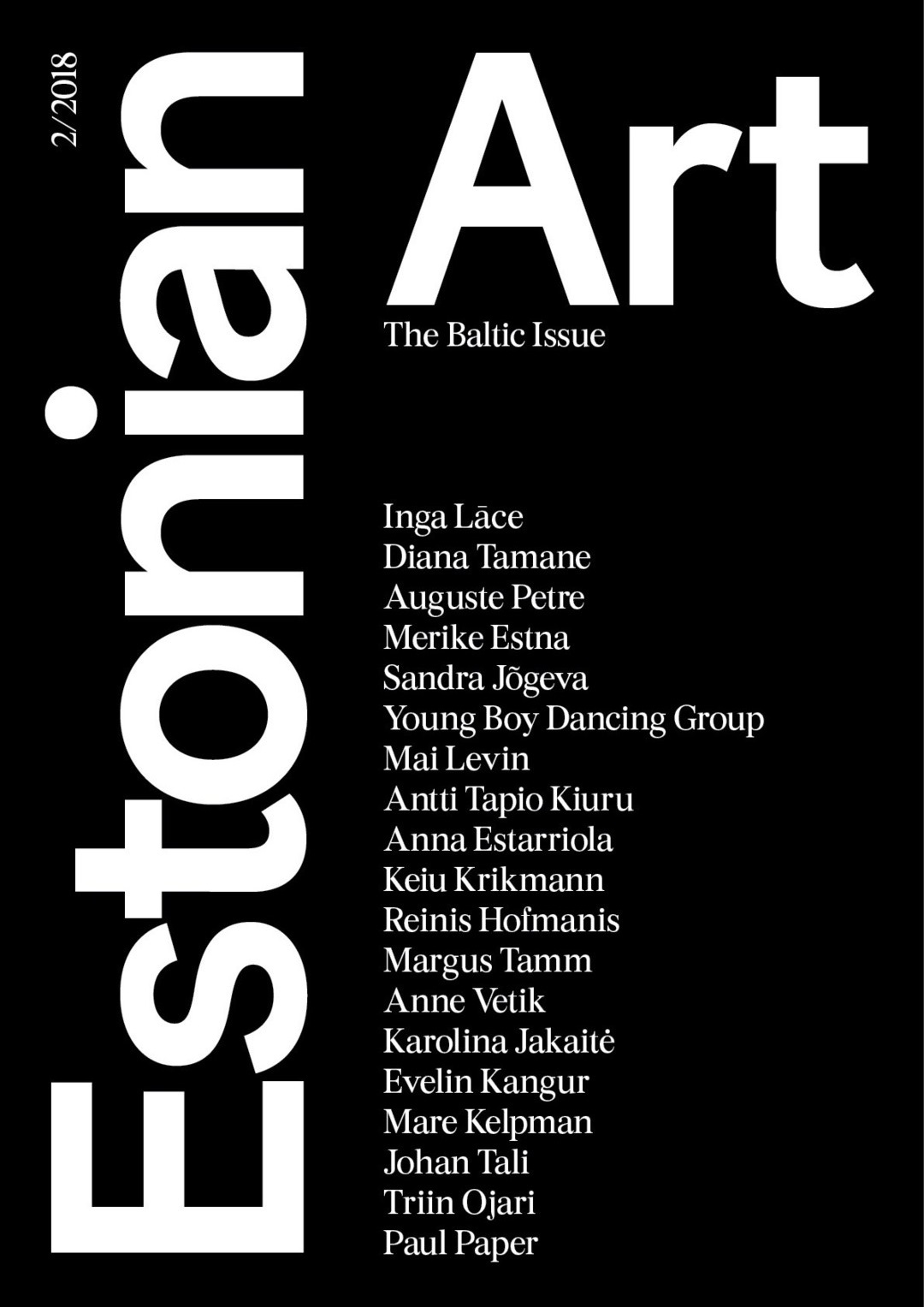