Estonian Art is a biannual magazine dedicated to Estonian art, design and architecture, that has been published by the Estonian Institute since 1997.

Estonian Art 2/2017 focuses on screen-based art and will be distributed at BOZAR, the Centre for Fine Arts, Brussels to accompany an exhibition of Estonian video art. In September (14.09 – 12.11.2017) “The Archaeology of the Screen: The Estonian Example”, curated by Eha Komissarov, will open at BOZAR. The exhibition explores the relationship between art and new media and includes works by Paul Kuimet, Taavi Suisalu, Marge Monko, Sigrid Viir, Ivar Veermäe, Tõnis Vint, Yuri Sobolev and Katja Novitskova.

The exhibition at BOZAR coincides with the move of the Presidency of the Council of the European Union to Estonia, Estonia’s celebration of its centennial in 2018 (EV100), and the opening of a new wing of BOZAR focused on media art – BOZAR Lab. Estonian Art delves into the medium of the screen in contemporary art with texts by Raivo Kelomees, Andres Lõo, Ragne Nukk, Nithikul Nimkulrat and Eha Komissarov. There are visual essays by Marge Monko and Taavi Suisalu.
This issue of Estonian Art also includes articles on design, books and architecture, with a special nod to Belgian/Estonian architectural collaborations and the Tallinn Architecture Biennale opening this September articles by Eve Arpo, Triin Männik and Gregor Taul. 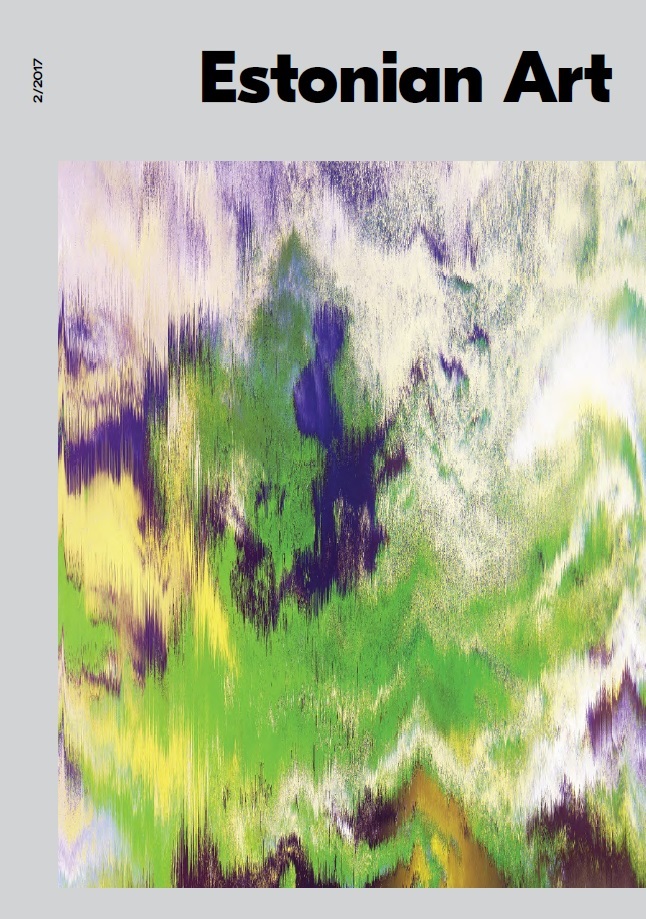